What should my job title be? 5 things to consider when choosing a job title

There are a couple times in your career when you may have to choose your own job title.

For instance, it could happen if you’ve been in the same position for some time and need a better title to reflect your current responsibilities. Or maybe you’ve been offered a new role, and your first task is deciding what you want to be called.

Either way, figuring out what your position title should be isn’t a “what feels good in the moment” type of thing.

Choose well, and you’re (low key) setting yourself up for career success. Choose poorly, and you’ll be spending unnecessary amounts of time trying to convince important people (think: hiring managers) what it actually is you do and your current standings.

So, before you take on what could possibly be one of the most critical decisions of your career, check out these five things you should consider when choosing a job title.

But first, does a job title actually matter?

We wish we could say job titles don’t matter. But they do. The best way to describe their importance is with a quick story.

Imagine you’re a content writer for a marketing agency. Month in and month out, you’re tasked with creating high-quality, value-driven SEO content for a couple of their clients.

But then your boss asks you to start helping out with content strategy for a few months. Now, you’re no longer just writing content. You’re the engine behind the creation of topic clusters and editorial calendars, which are totally new skill sets.

Then one day, you see a dreamy SaaS startup put up a job posting for a full-time entry-level content strategist. You think to yourself, “Hey, I know how to do this! I’ve been doing it for months now.”

Yet there’s just one key thing missing: the title.

As far as the agency is concerned, you’re a content writer. They asked you to chip in a few months for content strategy, but they never officially changed over your title. So, content writer is what you have on your resume and LinkedIn profile.

If the startup has an influx of qualified candidates, the hiring manager most likely won’t have time to thoroughly review each cover letter and resume. So, what do they do? They skim. They skim titles that closely match what they’re looking for.

And because your job title remained “content writer” despite your responsibilities, you’re overlooked in favor of those who understand the importance of titles and made sure theirs aligned with their responsibilities and career path.

En fin, position titles matter. And you could be losing out on opportunities for not taking yours seriously.

5 things to consider when choosing a job title 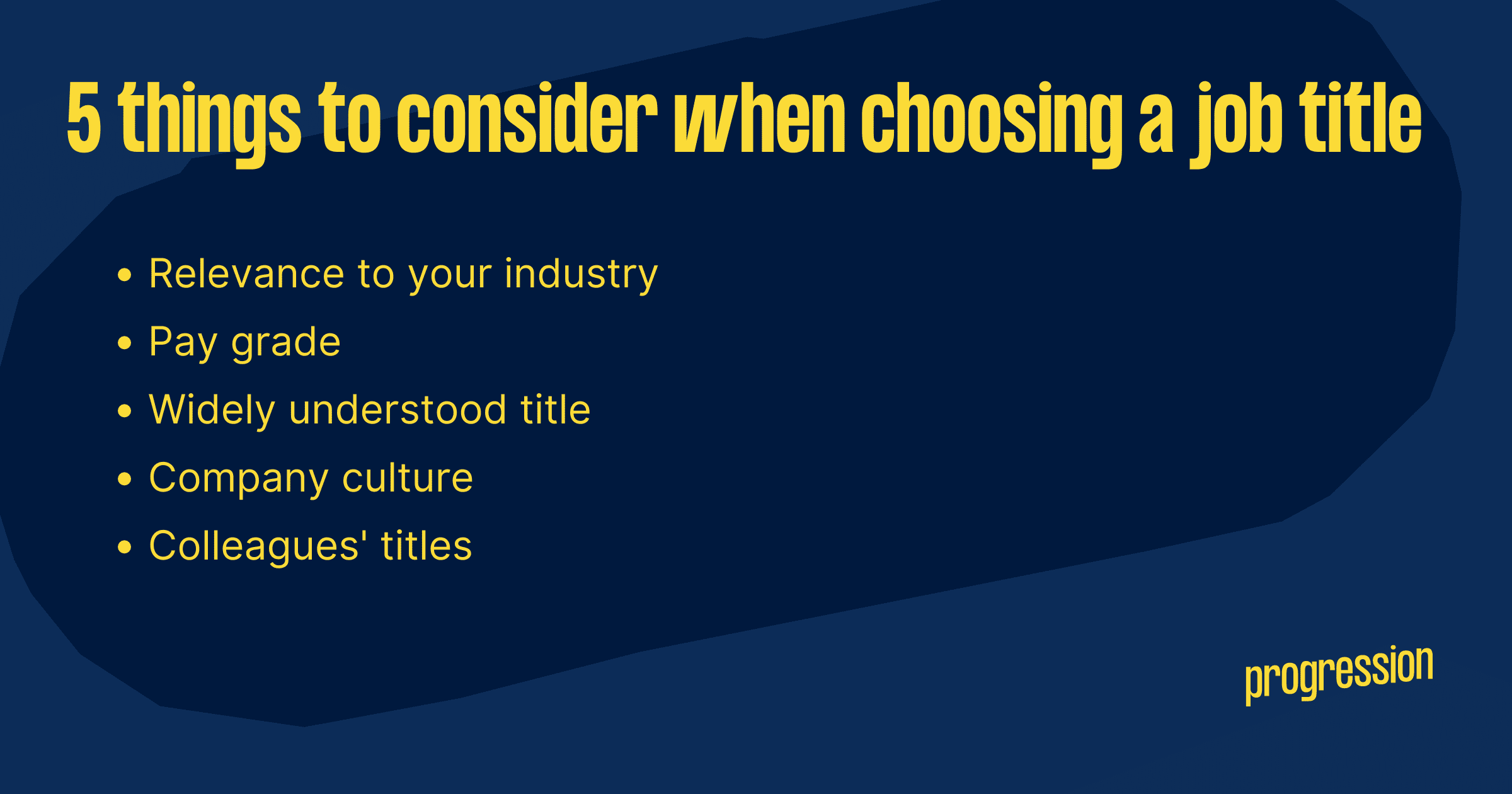 Here are five key things to keep in mind when deciding what your job title should be:

Relevance to your industry

First and foremost, choose a job title that’s relevant to your industry.

To do this, start by researching roles in your field. (Job boards are landmines of gold when it comes to types of job titles.) Take note of role responsibilities and how they match your current position. Think: Which titles closely represent what you’re doing?

As you’re doing this, zoom forward to the future for a moment. Do you see any titles of positions you would like to do someday, even though it’s not your current role?

From there, you could even reverse engineer your job title. Make a list of people in that dream role, and see what their previous titles were. Keep backtracking until you find a past title that aligns with what you’re doing. (LinkedIn is a great place to do this.)

By doing this, you’re also setting yourself up for success by – essentially – following in their footsteps.

(Psst, this will also give you an idea of what employers are looking for.)

Once you consider job responsibilities, think about pay grade.

Whether you’re choosing a job title at your current company or a new one, you’ll want to pick a title that goes along with what you’re earning (or your earning potential).

For example, if you’re currently working a more junior role, yet you’ve been assuming more senior tasks, it’d be logical for your pay to increase.

Keep that in mind when researching your new title. Where does it fall into on the pay scale?

Having a title that’s widely understood 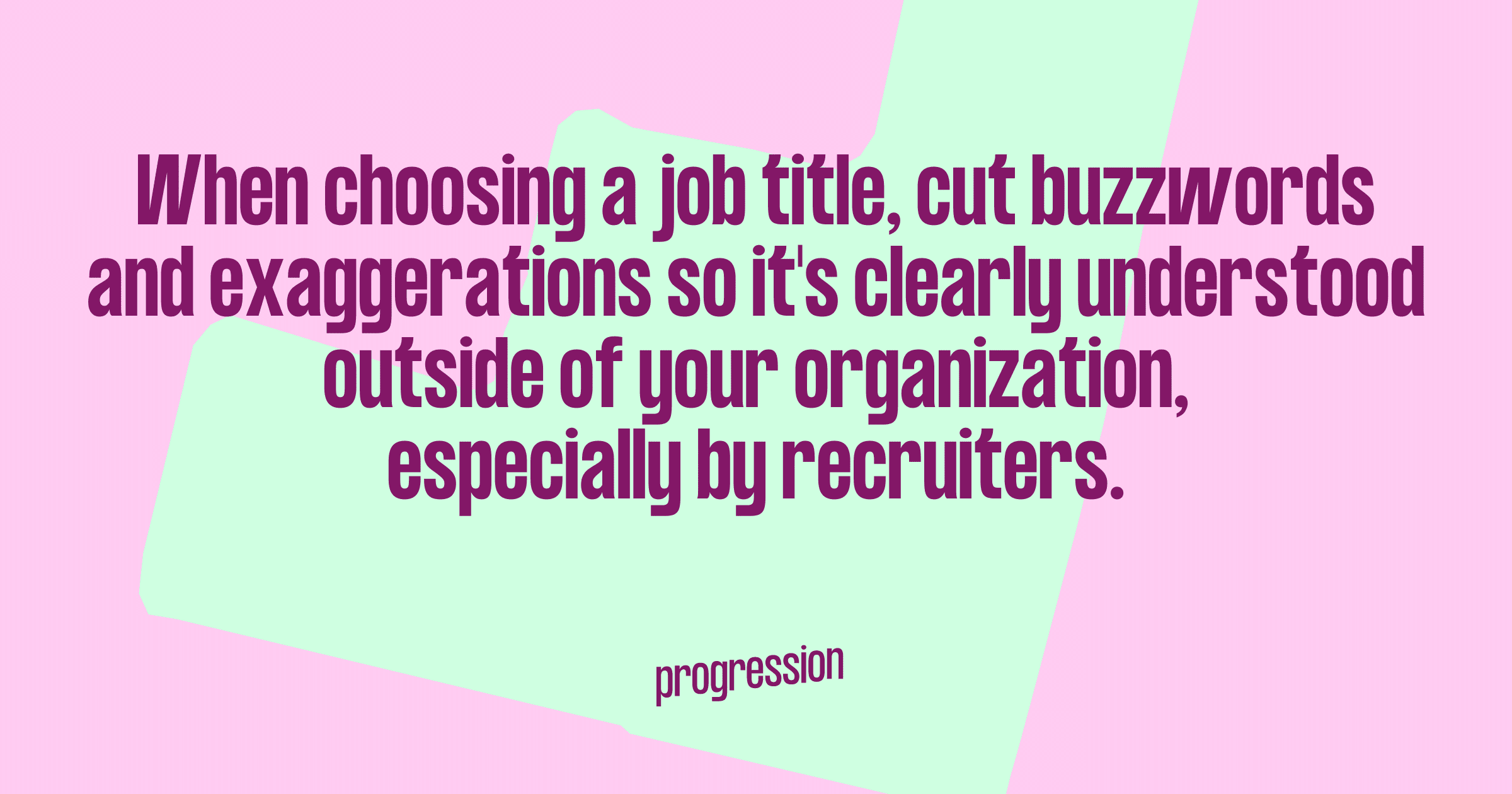 Cut buzzwords and exaggerations so that your title is clearly understood outside of your organization, especially by recruiters.

Also, having the word “guru” or “ninja” in your title makes it impossible to tell your seniority and how your role fits into the overall hierarchy of an organization.

By calling yourself a Content Marketing Manager, people outside of your company will have a clearer idea of your job responsibilities and seniority.

Bottom line is, it's OK to get creative when picking the right job title. But it’s equally important not to get too carried away with it.

This ties into the next point nicely…

For example, customer support specialists at WordPress are called Happiness Engineers, and service technicians at Apple are called Geniuses.

Plus, many solopreneurs call themselves the Chief Everything Officer of their own business. Abbreviated, it’s still the same as Chief Executive Officer (CEO). And it encapsulates the variety of responsibilities they have as sole owners of their small business. This includes bookkeeping, marketing, sales, accounting, general admin stuff and more.

No matter the title you choose, remember it should still be relevant to your industry, broadly understood, and align with what you’re earning.

The last thing you want is a major headache from trying to explain to others what you do or getting passed up for ideal jobs because of it not being clear.

If you’re choosing a job title within your current company, avoid stepping on anyone’s feet by choosing a title too similar to theirs or one that makes you seem senior to someone you’re not.

Again, a good exercise for this would be to reverse engineer your job title. 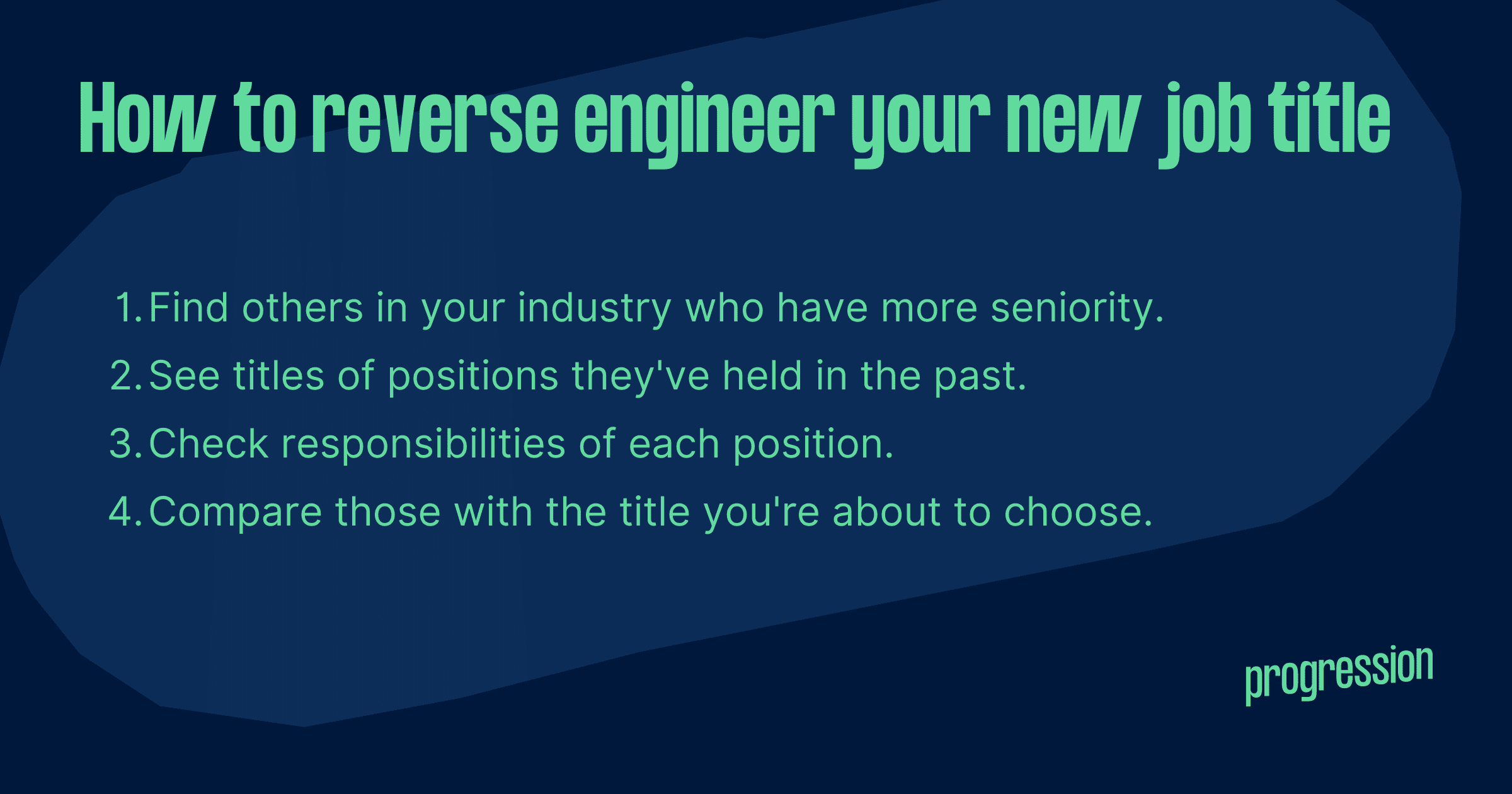 After creeping on others who have followed your same career path, work backwards to see which positions they’ve held and the responsibilities of each of those positions. Then, compare those with your current position’s title and responsibilities.

If you do this well, you should have no more than a few titles you could pick. Now take those titles, and compare them to those of your colleagues, keeping their seniority and job responsibilities in mind.

At the end of the day, sometimes choosing the right job title starts with a conversation

You know how they say if you never ask, the answer will always be no? The same kind of thing applies here, too.

What if you talked with your current or soon-to-be hiring manager or Human Resources department about your title and how it fits into your career progression? Having a one-on-one conversation with them could not only help you get clarity on your current position, but also future goals.

And if you need further inspiration when it comes to choosing the right job title, check out our Progression.FYI for public source frameworks. (More easily navigating difficult career decisions is just a click away!) 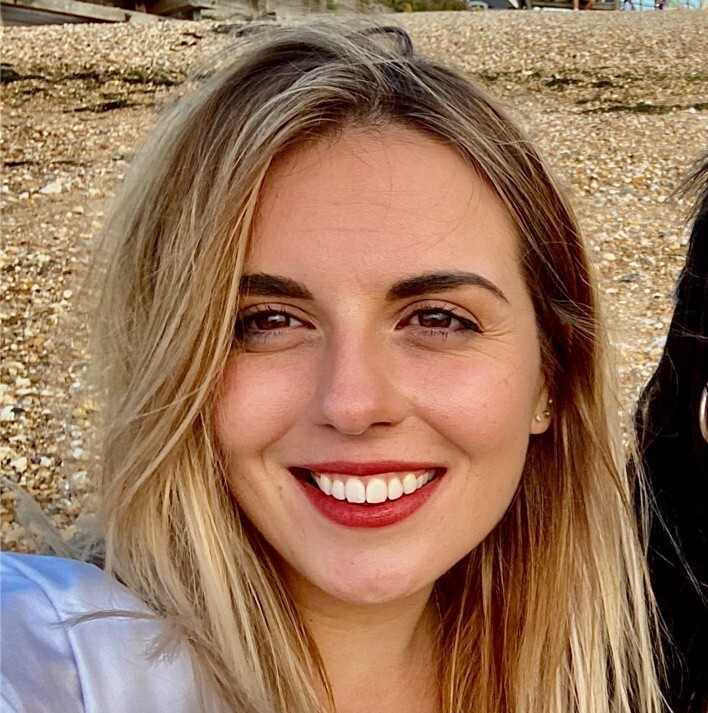