How to build a feedback habit

Making a habit of feedback can be an uphill struggle. We all say we want a strong feedback culture in the places we work but, like so many other things that we know are good for us, it’s hard to get started, stick with it over time, and put it to use.

Here’s a few tips I’ve picked up over the years on overcoming challenges with feedback, and an overview of the tools we’re rolling out here at Progression to support a healthy continuous feedback practice at your workplace.

Feedback’s a touchy subject for a variety of social, psychological and cultural reasons. Have you experienced any of these common feedback anti-patterns in your workplaces? You’re certainly not alone.

No one wants to be the first to give feedback where there isn’t an open and inviting culture around it. How do we know our feedback will be welcomed? How do we make sure it lands as intended? We can end up withholding feedback out of concern for how it will reflect back on us as the giver.

We all have different preferences for how we like to give and receive feedback.

Some people value tough love, but others need a more nurturing approach. Without a shared feedback philosophy or taking time to understand each others’ preferences, we can resort to our own preferred style, which can end up damaging our relationship to others.

It can be skewed by hierarchy and bias.

It can be used against you when it matters.

It can be disconcerting to have feedback sought on your behalf as part of your career growth journey. Sometimes ‘360 review’ performance culture — especially if anonymised and not initiated by the individual — can lead to feelings of betrayal, disempowerment and mistrust.

How to overcome these barriers

Navigating these challenges does require whole-team buy in and commitment, but it needn’t be an overwhelming blocker. A few conversations and collaborative activities can kick off a feedback culture the whole team believes in.

1. Reflect on where you are and where you want to be

It’s important to get everyone on the same page about what your feedback culture should look like. A team retrospective can be useful to identify what the team feels is working less well at the moment, what better looks like, and what the biggest hurdles to overcome might be.

Identifying ‘feedback champions’ in the team who advocate for a strong feedback culture can help keep momentum, especially within leadership from whom the behaviours can trickle down.

2. Agree on a methodology

Having a shared methodology that everyone feels comfortable with can be useful in making feedback feel easier to give and more openly received. From Radical Candour to ‘praise sandwiches’, there’s a lot of frameworks and literature out there to use as a starting point.

Try running a ‘study circle’ where you pick a book or podcast about feedback, read a chapter each week, and discuss the ideas raised to see which aspects will work for your team.

With a clear idea of the culture you want and the ways you’ll deliver feedback, it’s a good idea to commit it to ‘paper’. This helps new starters understand what to expect as well as acting as a reminder or permission for team members as they go about making feedback a habit.

Try writing a Notion page to capture these ground rules, then link to it from your Progression Readme.

R﻿ead more: How to give difficult feedback at work >

How to make it a habit

So, you’ve agreed to a feedback culture and methodology, but how do you actually stick to it and do it regularly?

Here’s a few ways that Progression helps bake feedback into your everyday work as an easy ritual that can eventually become habitual.

Specify what you want feedback on

It’s easier to give great feedback if you have context and constraints, so in Progression you can specify what you’d like feedback on each time you request it. People giving you feedback will see this as well as the required skills of your position, so they understand your level and interests.

Act on what’s important to you now

Received a team Win, completed an Action, or got a Check-in coming up? Dig deeper into how people thought that activity related to your overall progress by asking for feedback as a follow-up or preparation for your next career conversation.

Save it in one place

Make it as easy as possible

The smallest friction can get in the way and make you lose your train of thought in the moment; that's why you can give feedback in Progression via our app, directly from Slack, or via our feedback.new shortcut. You’ll be notified when someone requests feedback of you and when you receive new feedback, so it’s always top of mind.

Commit as a team

Make sure new starters to your team understand your feedback culture: you can use Progression to give them feedback during their first weeks. Managers can also access their team’s feedback activity in Progression so they can create a supportive and active feedback culture. 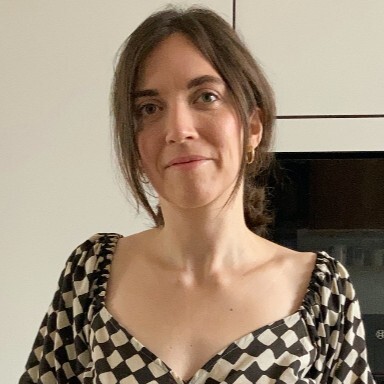